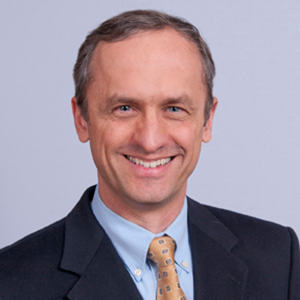 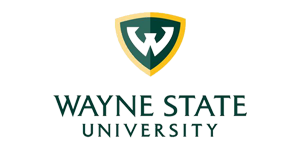 Sorin Draghici is the associate dean for Innovation and Entrepreneurship, and director, James and Patricia Anderson Engineering Ventures Institute in the College of Engineering at Wayne State University. He currently holds the Robert J. Sokol, MD Endowed Chair in Systems Biology, as well as appointments as full professor in the Department of Computer Science and the Department of Obstetrics and Gynecology, Wayne State University. Professor Draghici is also the founder and CEO of Advaita Bio, a bioinformatics spin-off from his research lab at WSU. His work is focused on research in artificial intelligence, machine learning and data mining techniques applied to bioinformatics and computational biology. He has published over 150 peer-reviewed journal and conference publications as well as 8 book chapters. To date, his work has gathered over 10,000 Google Scholar citations. He has also authored the “Data Analysis Tools for DNA Microarrays”, published by CRC Press/Chapman and Hall in a first print in 2003, followed by a second revised print in 2005. A second title, the 1,000 page monograph “Data Analysis of Microarray Data using R” was published in 2011. His research group developed several bioinformatics data analysis software tools that are currently used by over 14,000 researchers around the world. Dr. Draghici is co-inventor on 4 patent applications in the field of bioinformatics. He is a Senior Member of IEEE, a senior editor of the journal Discoveries, an editor of the IEEE Transactions on Computational Biology and Bioinformatics, as well as of the Journal of Biomedicine and Biotechnology.

AI and Data Sciences Showcase: Discovering Disease Subtypes Through the Integration of Multiple Types of Omics Data
A recent paper in The New England Journal of Medicine and a follow-up in The New York Times revealed that 1.4 million women/year receive unnecessary cancer treatments costing the society $32.2 billion/year for breast cancer alone. Furthermore, the personal costs in pain and suffering are tremendous. At the same time, some patients do not receive needed treatment. For instance, chemotherapy is not routinely recommended for patients with early stage lung cancer. However, the disease will recur in a large number of these patients, leading to additional suffer-ing and premature death. The ability to correctly identify disease subtypes and patient subgroups is a pre-condition to the ability to distinguish between patients who are in danger and need the most aggressive treat-ments, and those who will never progress, recur, or develop resistance. Clearly, we do not have this ability at this time. Here, we will present an approach that is able to integrate multiple types of omics data (methylation, gene expression and micro RNA) and distinguish between more and less aggressive types of tumors based on their molecular profiles alone. The framework has been validated on thousands of cancer samples, using gene expression, DNA methylation, non-coding microRNA, and copy number variation data available from the Gene Expression Omnibus, the Broad Institute, The Cancer Genome Atlas (TCGA), and the European Genome-Phenome Archive. This subtyping ap-proach also allows researchers to integrate multiple types omics data and accurately identifies known cancer sub-types and novel subgroups of patients with significantly different survival profiles. This technology can be used by pharmaceutical companies to distinguish between patients who will and will not respond to a given drug, thus increasing the success of clinical trials and allowing more drugs to reach the mar-ket. The same technology can be used by clinicians to distinguish between more and less aggressive forms of disease. Patients who really need an aggressive treatment will be identified early and treated, while patients who do not need such treatments will be spared the suffering and cost, for a total saving to the society estimated in tens of billions.