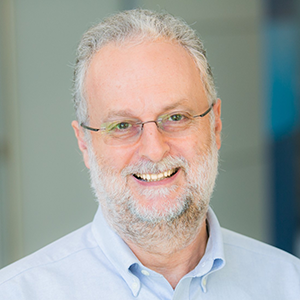 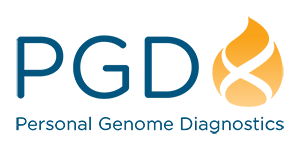 Nicholas (Nic) Dracopoli, Ph.D. recently joined Personal Genome Diagnostics (PGDx) as Senior Vice President of Translation Science after eighteen years working in oncology drug development at Bristol Myers-Squibb (BMS) and Janssen Research & Development. In these roles, he was responsible for building two new translational science teams whose work contributed to the approval of six new oncology drugs for BMS and Janssen. Prior to joining the pharmaceutical industry, he spent five years in the biotechnology industry at Sequana Therapeutics. Nic obtained his bachelor’s degree and doctorate from the University of London and completed post-doctoral fellowships at the Memorial Sloan-Kettering Cancer Center in New York City and the Massachusetts Institute of Technology (MIT) in Cambridge, Massachusetts. Subsequently, he served as an Assistant Director at the Whitehead/MIT Genome Center and as a Section Chief at the National Center for Human Genome Research at the National Institutes of Health, Bethesda, Maryland. Nic has authored more than 70 scientific publications and has extensive experience in the fields of genomics, molecular biology and cancer research.

Predicting Response to Targeted Therapies and Checkpoint Inhibitors
The emergence of novel therapies that modify a patient’s immune response to their cancer has led to dramatic improvement in clinical outcome for patients whose immune response has been suppressed by checkpoint inhibitors. Several drugs that inhibit PD-1/PD-L1 pathway have delayed disease progression and prolonged overall survival for a subset of patients. Multiple lines of evidence show that the critical factor in predicting response to a checkpoint inhibitor is the presence of a prior, but suppressed, immune response to the tumor. The evidence for this prior immune response can be seen by increased infiltration of the tumor by clonal T-cells and increased expression of the checkpoint inhibitor ligand (PD-L1) required to suppress the clonally expanded T-cells. Alternatively, the tumor mutation burden (TMB) can be used in a stochastic model to predict prior immune response by estimating the probability of a mutation occurring in a peptide sequence that can be expressed by the MHC and ultimately recognized as foreign by the immune system. Consequently, successful selection of patients who will respond to checkpoint inhibitors will require the development of several, complex Dx tests using DNA, RNA, protein and cell-based templates. This will, unfortunately, be much more complex than the development of driver mutations in drug targets that have been so successful in predicting response to many receptor tyrosine kinase inhibitors.