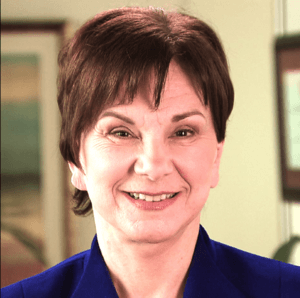 Janet Woodcock is the director of the Center for Drug Evaluation and Research (CDER) at the Food and Drug Administration (FDA). Dr. Woodcock has shown dedication to personalized medicine by fast-tracking individualized treatments through the FDA approval process and by encouraging collaboration between the regulatory and industry arenas. During her tenure, both of the individualized treatments Xalkori and Zelboraf received FDA approval paired with companion diagnostics. Dr. Woodcock has led many of FDA’s drug initiatives. She introduced the concept of risk management in 2000 as a new approach to drug safety. Since 2002, she has led the “Pharmaceutical Quality for the 21st Century Initiative,” FDA’s highly successful effort to modernize drug manufacturing and its regulation. In 2004, she introduced FDA’s “Critical Path” Initiative, which is designed to move medical discoveries from the laboratory to consumers more efficiently. Most recently, Dr. Woodcock launched the “Safety First” and “Safe Use” initiatives designed to improve drug safety management within and outside FDA, respectively. Dr. Woodcock previously served as FDA’s deputy commissioner and chief medical officer. She also led CDER as director from 1994–2005. Prior to joining CDER, Dr. Woodcock oversaw approval of the first biotechnology-based treatments for multiple sclerosis and cystic fibrosis in her position as director of the Office of Therapeutics Research and Review in FDA’s Center for Biologics Evaluation and Research. Dr. Woodcock received her medical degree from Northwestern University Medical School, and her undergraduate degree from Bucknell University. She has held teaching appointments at Pennsylvania State University and the University of California at San Francisco. She joined FDA in 1986.