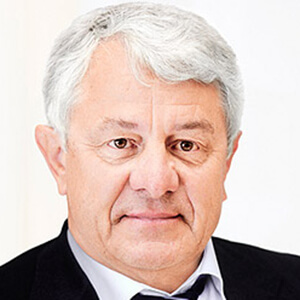 Prof. Dr. h.c. Hasso Plattner is one of the founders of SAP and has been Chairman of the Supervisory Board since May 2003. In this role and as Chief Software Advisor, he concentrates on defining the medium and long-term technology strategy of SAP. He also heads the Technology Committee of the SAP Supervisory Board. With his guidance and expertise, in-memory technology is being applied to enterprise software solutions, which has resulted in a paradigm shift enabling real-time analytics in enterprises. The same technology is currently being applied to analytical processing of large-scale clinical data, with promising results in the field of personalized medicine. In 1998, Hasso Plattner founded the Hasso Plattner Institute (HPI) for IT Systems Engineering at the University of Potsdam with the largest single private contribution to a university ever made in Germany. Despite being a young institute, HPI is already one of the leading computer science institutes in German-speaking Europe. In 2005, Hasso Plattner donated $35 million to fund the Hasso Plattner Institute of Design at Stanford, and also brings his expertise to the d.school as a Professor. Hasso received his Master’s Degree in Communications Engineering from the University of Karlsruhe. In 1990, the University of Saarbruecken awarded him an honorary doctorate and, in 1994, he was granted an honorary full professorship. In 1997, Hasso received the Information Technology Leadership Award for Global Integration as part of the Computerworld Smithsonian Awards Program. In 1998, he was inducted into the German Hall of Fame. More recently, Hasso Plattner received the 2010 AmCham Transatlantic Partnership Award and the 2012 Global Benefactor Award by the Churchill Club Academy.