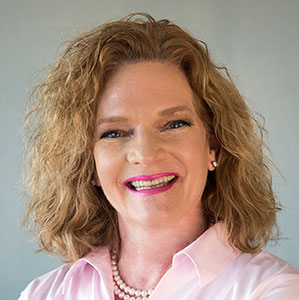 Sequencing Technologies Visionary and Leader in Genomics and Cancer Genomics

Dr. Mardis is an internationally recognized expert in genomics,cancer genomics and sequencing technologies whose research interests are in the application of next generation sequencing to characterize cancer genomes and transcriptomes as well as translation of basic science discoveries about human disease to support therapeutic decision-making. Prior to being named Co-Director of the Genomics Institute at Nationwide Childrenäó»s Hospital in 2016, Dr. Mardis served as Co-director of the McDonnell Genome Institute at Washington University in St. Louis since its inception in 1993. As Co-Director and Director of Technology Development at one of four genomics centers funded by the National Human Genome Research Institute, Dr. Mardis played a pivotal role in the completion of the Human Genome project by helping to create methods and automation pipelines. She then orchestrated the Centeräó»s efforts to explore massively parallel sequencing technologies and transition them into production sequencing capabilities as well as new applications. The Institute was among the first to use DNA sequencing technology to explore cancer tumor growth, resulting in the international effort to explore the genomics of cancer. Her team was also integral to the St. Jude-Washington University Pediatric Cancer Genome Project, which sequenced the genomes of cancerous and normal cells of nearly 1000 children. Dr. Mardis is a member of the Board of Directors for the American Association for Cancer Research and a member of the Supervisory Board of Qiagen N.V. She is editor-in-chief of Molecular Case Studies and a senior editor of Molecular Cancer Research, a monitoring editor of Disease Models and Mechanisms and Associate Editor of Annals of Oncology. Dr. Mardis also serves on several NIH study sections. Among numerous awards, Dr. Mardis has received the 2016 Morton K. Schwartz award from the American Association for Clinical Chemistry and the Scripps Translational Research award for her work on cancer genomics in 2010. She was included on the 2013 Thomson Reutersäó» list of most cited researchers, one of only two women listed. Dr. Elaine Mardis graduated Phi Beta Kappa from the University of Oklahoma with a BS degree in zoology and then completed her PhD in Chemistry and Biochemistry in 1989, also at Oklahoma.

Genomic characterization of cancers provides a unique opportunity for precision medicine. My talk will outline various computational tools used to interpret cancer genomics data in the context of targeted therapies. I also will illustrate the cancer äóìimmunomeäó that can be elucidated through genomic profiling to identify neoantigens that may have therapeutic benefit.