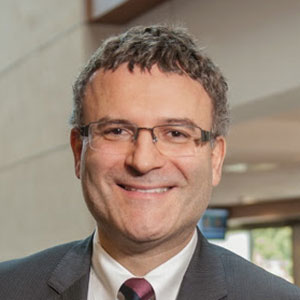 Dr. Pasche is a physician scientist and board-certified oncologist. He received M.D. degrees from the Karolinska Institute in Stockholm, Sweden and the University of Lausanne, Switzerland. He received his Ph.D. in coagulation research from the Karolinska Institute and was a postdoctoral fellow at the Brigham and Women Hospital, Harvard Medical School. He completed his internship and residency in Internal Medicine at the New York Hospital, Cornell Medical Center and his fellowship in Hematology/Oncology at Memorial Sloan-Kettering Cancer Center. He is Director of the Wake Forest Baptist Comprehensive Cancer Center and Chair of the Department of Cancer Biology. He has developed a novel mouse model of Tgfbr1 haploinsufficiency (Cancer Res 2009, 69:678), which led to the discovery that Tgfbr1 signaling is a potent modifier of colorectal cancer (Science 2008, 321:1361), promotes the development of precancerous lesions in mice (Cancer Res 2009, 69:9169), plays a dual role in pancreatic cancer (J Natl Cancer Inst 2014, 106:1), and promotes fibrosis and immune evasion in the pancreatic tumor microenvironment (Cancer Res 2016, 76:2525). In the past decade, he has tested the new hypothesis that cancer growth may be blocked by low and safe levels of radiofrequency (RF) electromagnetic fields (EMF), which are amplitude modulated (AM) at very specific frequencies identified in patients with a diagnosis of cancer (J Exp Clin Cancer Res 2009, 28:51). His research team has generated robust clinical (Br J Cancer 2011,105:640) and in vitro (Br J Cancer 2012, 106:307) evidence that AM RF EMF blocks the growth of hepatocellular carcinoma. He has served on multiple study sections for NCI, ACS, AACR, DOD and the Komen Foundation. He received the Ohio State University Human Cancer Genetics Program Commemorative Medal. He is an elected member of the American Society for Clinical Investigation (ASCI) and the American Clinical and Climatological Association (ACCA).