Q: Can you share with us your motivation and interest in antimicrobial resistance and development of rapid diagnostic methods for infectious disease? And why is this so important?

A: We are fast approaching a time when antibiotics will no longer work and simple infections may become deadly again, as they were in the 1940s. Modern medicine (e.g., heart surgery, kidney dialysis, and organ transplantations) relies on antibiotics to reduce the risk of infections. Yet, because bacteria have developed multiple ways to avoid being killed by every antibiotic so far invented, antibiotics have become a time-limited resource. Resistance is fueled by overuse, especially in patients who do not have infections. Rapid diagnostic tests, which often take one hour or less, enable physicians to identify which patients have infections and which antibiotics are likely to work the best, enabling more judicious use of our antibiotic arsenal.

Q: At PMWC 2017 Silicon Valley you will talk about methods of microbial identification in less than one hour from clinical specimens. Why is this relevant and how can this help with the facilitation of more efficient enrollment of patients into clinical trials of new anti-infective medicines?

A: The goal of medicine is to get infected patients on the right antibiotics (or right antiviral agents) as fast as possible both to cure the infection and prevent the spread of disease to other patients. Controlling the spread of infection, especially in hospitals, is a major goal of rapid diagnostic testing. In clinical trials of new antibiotics, the goal is to get the patient with an infection of interest enrolled quickly and to not enroll patients that do not have infections. Using rapid diagnostics can make a clinical trial of a new antibiotic much for efficient and far less expensive by identifying the target patient population quickly.

Q: Why is it so important to assess the use of all antimicrobial agents carefully and use them only when necessary?

A: The more that bacterial species are exposed to antibiotics, the more likely they are to develop resistance, whether that exposure is from use in humans, in animals, in fish, or on fruits and vegetables. That is why there is a concerted effort worldwide to use the right antibiotic, at the right dose, for the right period of time, and only in people who actually have infections. The second objective is to use antibiotics in animals, fish, and agriculture to fight infection rather than for growth promotion when no infection is present. The more we use antibiotics, the faster we will lose them. Thus, we need to use them wisely.

Q: The CDC's Antimicrobial Resistance Program is in the process of developing evidence-based guidelines that minimize the development and spread of resistant infections in humans and animals. What are some of the highlights of these guidelines?

Q: What are some of the biggest fears you have when it comes to infectious diseases? How can we ensure they will not turn into reality?

A: In general, we fear the emergence of new diseases that can spread rapidly through populations, like SARS and MERS, as well as the re-emergence of older diseases, like Ebola and Zika viruses, but we tend to forget that one third of the world’s population is infected with tuberculosis, which continues to cause outbreaks, even in the United States. Our surveillance system for infectious events, such as antibiotic resistant bacteria, is very limited in the United States. My hope is that the governments will heed the warnings voiced at the recent meeting of the United Nations General Assembly and spend more on enhancing the capabilities of both local and national public health laboratories to do better surveillance using real-time technologies, rather than reporting what happened two weeks, two months, or two years ago, so that responses can be swift and efficient to limit the spread of disease.

Q: How serious are Superbugs and why are they so difficult to treat? What can be done to minimize the danger?

A: Superbugs are multiply antibiotic-resistant bacteria for which treatment options are very limited or non-existent because they have developed so many different ways to avoid being killed by antibiotics. They represent the beginning of the post antibiotic era where infections are no longer treatable. To avoid the development and spread of superbugs, we need to use antibiotics judiciously, pursue strong infection control policies in healthcare institutions, and prohibit the use of antibiotics in animals purely for growth promotion. 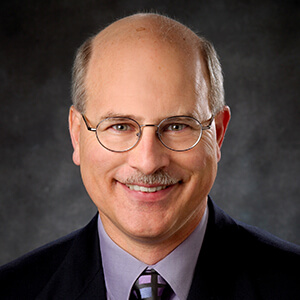 Dr. Tenover has had a long-standing interest in mechanisms of antimicrobial resistance and development of rapid diagnostic methods for infectious diseases. After completing his Ph.D. at the University of Rochester and Post-Doctoral studies at the University of Washington, he served as Associate Chief of Microbiology at the Seattle Veterans Affairs Medical Center and Associate Professor of Laboratory Medicine at the University of Washington from 1982-1990. In 1990, he joined the Centers for Disease Control and Prevention in Atlanta for 18 years as Associate Director for Laboratory Science in the Division of Healthcare Quality Promotion and then as Director of the Office of Antimicrobial Resistance. He joined Cepheid in 2008. He is a Diplomate of the American Board of Medical Microbiology and a Fellow of both the American Academy of Microbiology and the Infectious Disease Society of America. He has authored over 350 peer-reviewed publications and edited 10 books.